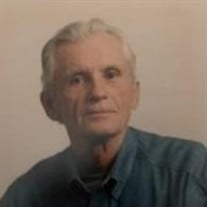 Albert Newton Brogdon Augusta, GA - Albert Newton Brogdon age 93, passed away peacefully in his home in Augusta on June 4, 2021. Albert and his identical twin Edwin Moore Brogdon, were born on May 22, 1928 at the home on their farm in the Brogdon community, Sumter County, SC to the late William Chandler and Thelma Moore Brogdon. Albert is predeceased by his parents, his brother Edwin Moore Brogdon, his sister Virginia Brogdon Boykin and his wife of 65 years, Sara Paige Brogdon. Albert graduated from Edmunds High School in Sumter, SC and subsequently enlisted, with his brother Edwin, in the US Air Force at Shaw Field. Albert was honorably discharged in 1949 as a Sergeant having served in Texas, Alaska and California. Al then utilized the GI Bill to enroll at the University of South Carolina where he earned his BS in Chemistry. Al took a job in 1954 at the Savannah River plant and relocated to Aiken, SC where he met the love of his life Sara Paige Brogdon. They were married later that year. He and Sara loved to dance. Al loved baseball and he managed and played for a fast pitch softball team in the Industrial League in Aiken for 10 years. Al was also a competitive runner who won numerous 10k races in his age group in the CSRA. He retired from competitive racing after completing his third marathon at age 53. Al had a strong work ethic having grown up on a farm during the Great Depression. Al finally decided he was old enough to retire at age 87 having worked the prior 35 years in the lab at Eisenhower Medical Center. Al is survived by sons Casey C. Brogdon (Georgia) Mt. Pleasant, SC and Vince L. Brogdon (Robin) Evans, GA and grandsons Wade (Julia) Brogdon, Murrells Inlet, SC, Beau (Haden) Brogdon, Greenville, SC, and Dylan and Logan Brogdon, Evans, GA. The family also wishes to extend their thanks to the loving staff at Visiting Angels who provided round the clock support in the home. In lieu of flowers the family requests that you make a donation to the Graham Baptist Church, 4000 Hwy 521 S, Sumter SC 29153 (Al was baptized there in 1937) or a charity of your choice. Al will be interred next to Sara in the Sumter cemetery. A memorial service will be held June 13th at 2pm, at Elmore Hill McCreight Funeral Home, 221 Broad St, Sumter, SC. Thomas Poteet & Son Funeral Directors, 214 Davis Rd., Augusta, GA 30907 (706) 364-8484. Please sign the guestbook at www.thomaspoteet.com

Albert Newton Brogdon Augusta, GA - Albert Newton Brogdon age 93, passed away peacefully in his home in Augusta on June 4, 2021. Albert and his identical twin Edwin Moore Brogdon, were born on May 22, 1928 at the home on their farm in the... View Obituary & Service Information

The family of Albert Newton Brogdon created this Life Tributes page to make it easy to share your memories.

Send flowers to the Brogdon family.