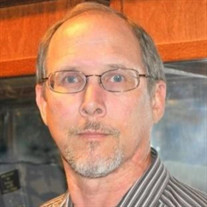 Bill Andrews Augusta, GA – William Earle Andrews, 63, entered into rest on Monday, March 29, 2021. Bill was born on August 22, 1957, in St. Louis, Missouri, to George and Mary-bill Andrews. He graduated from Parkway West High School, before moving on to attend Augusta University and University of Missouri-Saint Louis, receiving a Bachelor of Science in Psychology as well as a Master’s in public policy administration. Bill lived in Augusta from 1991 – 1998 & 2006 – 2021, returning to St. Louis during the interim. He worked as a special needs teacher for over five years, as well as a psychological counselor for over eighteen years, striving to help those who needed it most with his abilities and creative thinking. He wore a smile constantly and always brought a laugh wherever he went. His love of nature, music, tennis, and his children were obvious to everyone who met him. Ever the prepared man, Bill’s favorite phrase was: “It is Better to have it and not need it, than need it and not have it.” He will be greatly missed by all of those who love him. Surviving family include his children: Brittany Cawley (Jeff), Scott Lambert II, Courtney Andrews, and Caleb Andrews; his mother: Mary-bill Andrews; his siblings: Chris Andrews (Kathy) and Carol Luhman (David); grandson: Nicholas Moore, and many loving nieces and nephews. He was predeceased by his father, George Andrews, and brother, Andy Andrews. A memorial service will be held Friday, April 9, 2021 at 6:00 P.M. at Thomas Poteet & Son with Dr. Don Prosser officiating. The family will receive friends one hour prior to the service, beginning at 5:00 P.M. at the funeral home. The memorial service will be live streamed at Thomas Poteet & Son Facebook page. Thomas Poteet & Son Funeral Directors, 214 Davis Rd., Augusta, GA 30907 (706) 364-8484. Please sign the guestbook at www.thomaspoteet.com

The family of Bill Andrews created this Life Tributes page to make it easy to share your memories.

Send flowers to the Andrews family.