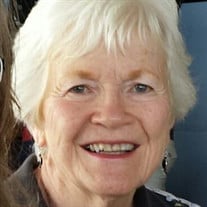 Augusta, GA – Carolyn Ruth Leggio, devoted mother to Scott Alan Leggio (Lisa) and proud grandmother to Alan & Zachary Leggio, entered into rest on Friday September 27, 2019 at the age of 76. She was born Carolyn Ruth Martene, on March 6, 1943, the only child of the late Clement and Lois Martene. She grew up in Grand Island, NY, just outside of Buffalo and graduated from Tonawanda High School. After her first marriage ended, she met Anthony William Leggio while they were each vacationing in Florida. After a courtship that included Anthony traveling the 400 miles from Long Island to Buffalo most weekends, they married on December 8, 1973. She moved to Long Island and Anthony legally adopted her only son, Scott. Upon Scott’s graduation from high school in 1988, they moved to Jupiter, Florida. They were co-owners of a medical collection agency for many years then finally retired to enjoy the beautiful south Florida weather. Becoming grandparents in 2000, they traveled frequently to Augusta, Georgia. When their second grandchild was born, they decided to move to Augusta permanently. Anthony passed away rather suddenly in 2012. Carol was devastated. After months of grieving, her neighbors, Jim and Bobbie Jones invited her to Wesley United Methodist church. She reinvented herself and formed many strong friendships in her Journey’s Sunday School class and served on various ministries. She was diagnosed with Multiple Myeloma in 2018. Despite a stem cell transplant, the cancer aggressively returned. Her outgoing personality and positive attitude allowed her to form strong friendships everywhere she lived. She was very active, walking around her Hardy Point neighborhood daily and enjoyed doing yardwork. But, her greatest source of joy was taking her grandchildren to various activities and attending their concerts. The family would like to thank the many volunteers from Wesley UMC organized by Joyce Presbey and special friends Shelly Goddette and Karen Campbell who spent countless hours at her bedside during her final months. The outpouring of love and support was absolutely overwhelming and she felt uplifted every day. A service will be held at 10:00 AM on Monday, October 7, 2019 at Wesley United Methodist Church with the Rev. Greg Porterfield officiating. The family will receive friends on Sunday, October 6, 2019 from 6:00 PM until 7:00 PM at the church. In lieu of flowers memorial contributions may be made to Wesley United Methodist Church/Journeys Class, 825 N. Belair Road, Evans, Georgia 30809. Thomas Poteet & Son Funeral Directors, 214 Davis Rd., Augusta, GA 30907 (706) 364-8484.

The family of Carolyn Leggio created this Life Tributes page to make it easy to share your memories.

Send flowers to the Leggio family.