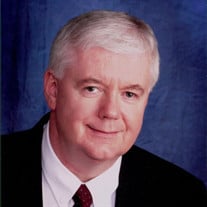 Dennis Lynn Hayes Evans, GA – Dennis Lynn Hayes entered into rest on Saturday, January 16, 2021 at his residence. Born on October 20, 1953 to Mary Jane & Bill Hayes in Passaic, New Jersey, Dennis graduated from the New Jersey Institute of Technology. He began working at Savannah River Site in 1978. In 1982, Dennis became part of the operations leadership team for the tritium production mission. In 2004, he worked with the liquid waste group and was transferred in 2006 back to tritium as the vice president of the production mission. During the contract change in 2008, Dennis was transferred to the Hanford Site in Washington state. In 2013, he spent two years at the Sellafield Site in the United Kingdom. His last assignment was back at the Savannah River Site supporting the tritium mission before retiring in 2016. In his spare time, Dennis enjoyed running, fly fishing, reading and had joined DayOne Fitness Boxing Club. Dennis was a member of St. John United Methodist Church. Family members include his wife: Patricia Blair Hayes; brothers: Michael Hayes (Suzanne), Ron Hayes (Ann), Kevin Hayes (Lisa); children: Sara Lynn Zuckerman (Eric), Kelly Ann Ermolowich (William), Robert Scott Hayes (Nicole); and grandchildren: Henry Elliott Zuckerman, Billy and Wyatt Ermolowich, and Robert, Charlotte, and Stella Hayes. Dennis is preceded in death by his mother and father, Mary Jane and Bill Hayes and his brother, Don Hayes. The family would like to thank Jerome Sharpe for a year and a half of his devoted service in caring for Dennis during his extended illness. No services are planned at this time due to the coronavirus pandemic. Memorial contributions may be made to FOTAS, Friends of the Aiken County Animal Shelter, 333 Wire Road, Aiken, SC 29801. Thomas Poteet & Son Funeral Directors, 214 Davis Rd., Augusta, GA 30907 (706) 364-8484. Please sign the guestbook at www.thomaspoteet.com

The family of Dennis Lynn Hayes created this Life Tributes page to make it easy to share your memories.

Send flowers to the Hayes family.