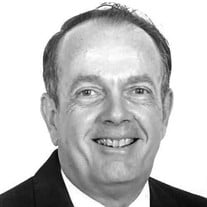 Augusta, GA – Entered into rest on Monday, March 28, 2022, Frederick E. Cox, M.D., 83, loving husband for 55 years of Jan T. Cox. He is preceded in death by his parents Eugene S. Cox and M. Alice Cox. Fred was born in Quincy, Massachusetts, and graduated from Archbishop Williams High School in 1956. He attended Boston University as an undergrad and then Boston University School of Medicine where he graduated in 1964. He was a surgical intern from 1964-65 at University Hospital in Boston. Fred then spent two years in the Coast Guard where he was a doctor on board the ship Eagle. After his stint in the Coast Guard, he completed his pathology residency at Mallory Institute of Pathology at Boston City Hospital from 1967-68. During this time, he married the love of his life, Jan Therese Paré, on January 21, 1967. After taking a class with his father-in-law, Dr. Charles Dyer, in New London, Connecticut, at Lawrence Memorial Hospital, Fred made the decision to switch his specialty. He went on to do a residency in pediatrics under who he considered his greatest influence, Dr. Louis Weinstein, at Boston Floating Children's Hospital (now Tufts Medical Center) from 1969-70. This is where he truly found his calling: pediatric infectious disease. From 1970 -72 he was a fellow in pediatric infectious disease under Eli Gold, M.D., professor of pediatrics, emeritus, at Cleveland Metropolitan General Hospital in Cleveland, Ohio (now The Metro Health System) and simultaneously was an instructor of infectious disease at Case Western Reserve University School of Medicine. Dr. Gold gave Fred the opportunity to live in Barbados to supervise a special blood study where he and Jan spent approximately a year. Once this study was completed, Fred returned to the U.S. where he continued his passion for pediatric infectious disease as a fellow and then a research associate at St Jude Children’s Research Hospital in Memphis, Tennessee from 1972-76. In June 1977, Fred and his family moved to Augusta, Georgia, as an assistant professor of pediatrics in infectious disease at the Medical College of Georgia (now Augusta University Medical Center). He took a sabbatical in 1988-89 in San Antonio, Texas, where he helped with a study to prevent mothers from passing on infections to babies during birth. During his career, Fred taught medical students in Ohio, Tennessee and Georgia as well as receiving almost 50 research and training grants that helped so many people. Retiring from the Medical College of Georgia in 2001, Fred became the attending physician at Greenville Hospital in the department of pediatrics for two years. He also served as professor emeritus at the Medical College of Georgia (now Augusta University Medical Center) from 2001-2016. Not ready to completely retire, Fred moved to the Augusta VA Medical Center as Associate Epidemiologist under Stephanie Baer, M.D., FSSCI. He worked at the VA from 2007 until his official retirement in October 2021. In addition to his devoted wife, he is survived by his children David (Karen) Cox and Suzanne (Ryan) Frank. Fred loved medicine, research, helping people, and the color red. He especially loved his wife and family. As his close college friend Vinny Russo said, “If we had more people like Fred Cox, there would be world peace.” The funeral Mass will be celebrated on Friday, April 1, 2022, at 1:00 p.m. at St. Mary on the Hill Catholic Church with Fr. Mark Ross as celebrant. The family will receive friends after in the church narthex. The Mass will also be available via livestream at https: www.stmaryonthehill.org for three days after the service. A graveside service will be held at Mt. Wollaston Cemetery in Quincy, Massachusetts, on Wednesday, April 6, 2022. In lieu of flowers, memorial contributions may be made to the Children’s Hospital of Georgia, 1446 Harper Street, Augusta, GA 30912 or St. Mary on the Hill Catholic Church,1420 Monte Sano Ave, Augusta, GA 30904.

The family of Frederick E. Cox, M.D. created this Life Tributes page to make it easy to share your memories.