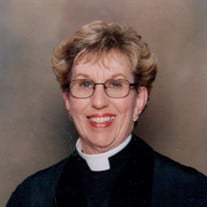 Gloria Jennings Marshall Augusta, Ga. — Gloria Jennings Marshall entered into her rest March 21. Dr Jennings is survived by her husband, Fr. Richard G. Marshall; her son, Guy E. Jennings III and daughter-in-law Mary Helen Aguirre of Rio Rancho, N.M.; and her son, David E. Jennings and daughter-in-law Lisa Graf Jennings of Athens, Ga; and four grandchildren, William A. Jennings, Davis F. Jennings, Kathryn G. Jennings and Elizabeth (Mimi) H. Jennings. Step daughter Jennifer Marshall Grover and step son in law Larry Grover of West Virginia. Other survivors include sister-in-law Edith Ivey Johnson of Roswell, Ga; Bobby and Marilyn Jennings of LaFayette, Ala.; and nieces Becky Terrel, Jayne Jenkins, Judy Cowan, Sandra Sweat, Nancy Baker of Atlanta, Ga.; Cammie Davis and nephew Michael Jennings of LaFayette, Ala. She is preceded in death by her first husband of 45 years, Guy E. Jennings, Jr. Dr. Jennings Marshall held a Bachelor of Fine Arts degree from the University of Georgia, a Master of Divinity, Master of Theological Studies, and Doctor of Ministry degrees from Columbia Theological Seminary (Presbyterian Church U.S A.) in Decatur, Ga. Formerly a member of the First Baptist Church in Augusta, she became an ordained minister of the Presbyterian Church U.S A. in 1990. She began her professional life as a graphic design artist working in advertising and art agencies in Columbia, S.C., Atlanta and Augusta. Prior to entering seminary she owned and operated an art studio and school. Former students include art teachers, architects, and freelance artists across the nation. In 1980 Dr. Jennings Marshall was selected as a graphic artist along with members of the Atlanta Symphony and the Atlanta Opera Company to represent the state of Georgia in Italy. During her ministry, as a member of the Northeast Georgia Presbytery, she served as pastor in two Presbyterian churches and on the staffs of both Columbia Seminary and the presbytery. She became the Executive Director of New Church Development for a commission that included Northeast Georgia, Atlanta, and Cherokee Presbyteries. She conducted seminars in biblical studies and church leadership events and later served as a Parish Associate at Covenant Presbyterian Church in Augusta. In 2009 she married Fr. Richard G. Marshall, a retired Episcopal priest. They lived in Augusta and St Augustine, Fl. She was a member of the Augusta West Rotary Club in which she was a Paul Harris Fellow. During 2010-2011 Dr. Jennings Marshall served as president of the Augusta Torch Club. Services will be held at Covenant Presbyterian Church, 3131 Walton Way in Augusta on Saturday, March 27, 2021 at 11:00 A.M. with Dr. Rodger Murchison, Rev. Andy Cooke and Rev. Katelyn Gordon-Cooke of Covenant will conduct the services. Burial will follow the memorial service in Westover Memorial Park. The family request that all in attendance wear a mask and follow social distancing guidelines. Memorials may be made to Doctors Without Borders, P.O. Box 5030, Hagerstown, MD 21741-5030. The family will receive friends Friday evening from 5:00 until 7:00 P.M. at Thomas Poteet & Son Funeral Directors, 214 Davis Rd., Augusta, GA 30907 (706) 364-8484. Please sign the guestbook at www.thomaspoteet.com

The family of Gloria Jennings Marshall created this Life Tributes page to make it easy to share your memories.

Send flowers to the Marshall family.