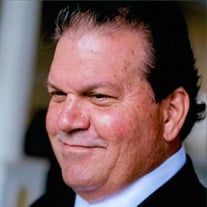 Greg Warren Augusta, GA – Jon Gregory Warren, 64, passed away peacefully at home on Monday, November 15, 2021, after suffering from a brief illness. Greg was born on December 13,1956 in Augusta, GA. He graduated from St. Angela Academy in Aiken, SC, in 1974. He attended the University of Georgia and Augusta State University. Greg married Elizabeth Green in 1987 and they had two daughters. He worked many years at the Unimin Corporation in Hephzibah, GA, as a mine supervisor and quality control supervisor. The last five years he has worked at the Augusta Country Club as a ground’s foreman, a job that he enjoyed immensely. Greg loved being outdoors. He was an avid reader, a passion that he inherited from his mother. He grew up attending First Baptist Church of Augusta and later he converted to the Catholic Faith. He attended Our Lady of Peace Catholic Church in North Augusta, SC. Greg was preceded in death by his parents, Charles Thomas Warren, Jr. and Edith Parker Warren. He is survived by his two daughters: Heather Warren (Jason Walter) and Emma Warren; his siblings: Pam Barrett (Bill) and Tommy Warren (Debbi); nieces: Brooke D’Souza (Ajesh) and Alaina Warren (Dave); nephews: Charles Warren, Paul Warren (Alexis) and Will Barrett (Lisa); aunt: Carol Krauss; uncle: Ken Parker; and a very special friend, Wanda Lista of Aiken, SC. A memorial service will be held Wednesday, November 17, 2021, at 11:00 a.m. at St. Mary on the Hill Catholic Church. Private burial will follow at Westover Memorial Park. The family will receive friends at 10:30 a.m. in the Narthex at St Mary. In lieu of flowers, memorial contributions may be made to American Cancer Society, PO Box 42040, Oklahoma City, OK 73123. Thomas Poteet & Son Funeral Directors, 214 Davis Rd., Augusta, GA 30907 (706) 364-8484. Please sign the guestbook at www.thomaspoteet.com

The family of Greg Warren created this Life Tributes page to make it easy to share your memories.

Send flowers to the Warren family.