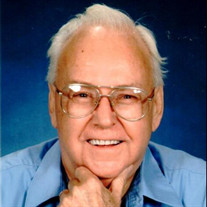 Augusta, GA – Entered into rest on Wednesday, December 1, 2021, Mr. James Wiley Read, Jr., 84, loving husband of the late Elizabeth Cole Read and devoted companion of the late Mary Prather Florida. James was a native of Augusta, GA who returned to Augusta after living many years in Rockmart, GA. He worked for the railroad and as a machine adjuster for companies over the years. His favorite occupation was his twenty-five-year engagement as a cattle ranch manager. He loved his church, his family, his friends, woodworking, cooking, fishing, dominoes, watching football, and solving problems in creative ways. Road-trips brought him joy and waterfalls were a favored destination. He especially enjoyed teasing people and telling corny jokes. He cross-stitched, quilted, and welded. A man of many talents, James was always ready to help others. Family members include his children: James Larry Read and Julia Ann King, as well as 5 grandchildren and two great-grandchildren; and by his brother Floyd Read and his wife Barbara and his sister Carol Read Logan and her husband David and his sister Eleanor Read Foshee and his brother-in-law Juddson Shirey. He is preceded in death by his parents: James Wiley Read, Sr. and Vivian Adams Read and stepmother Margaret Walters Read, and by his sisters Julia Read and Ann Read Shirey and brother-in-law Joseph (Doby) Foshee. A memorial service will be held December 3, 2021, at 11:00am at the First Baptist Church of August with Rev. Melissa Willis officiating. James’ ashes will be spread over the ranch where he worked for many years. Memorial contributions may be made to First Baptist Church of Augusta, 3500 Walton Way Extension; August, GA; 30909. Thomas Poteet & Son Funeral Directors, 214 Davis Rd., Augusta, GA 30907 (706) 364-8484. Please sign the guestbook at www.thomaspoteet.com

The family of James W. Read, Jr. created this Life Tributes page to make it easy to share your memories.