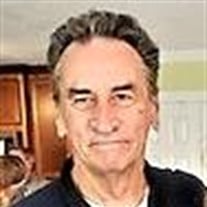 James Robert Willis, 79 years of age, peacefully passed away from illness on May 27, 2022 at Augusta University Medical Center in Augusta, Ga. James was born on January 13th, 1943 in Ludowici, Georgia to James and Alva (Tootle) Willis. James, who went by the nickname Jim by his friends and family, called many places home while growing up being his Dad was active military and moved the family from base to base during his service. Jim graduated from Jesup High School in Jesup, Ga. in 1961. After high school he enlisted in the United States Army where he served for 20 years achieving the rank of Master Sergeant. Jim served two tours of duty in the Vietnam War and received the Purple Heart Medal after being wounded in 1971. During his time in the Army he also earned medals of Meritorious Service and Army Commendation as well as multiple campaign ribbons. After his service in the Army was complete, Jim attended Aiken Technical College and Augusta College where he earned an Associate’s Degree in Computer Programming. He then began working for NCR Company and Retail Systems before retiring in 2002 after a combined 20 years of work. Jim married Nancy Karen Joyner in May of 1970 at her parents’ house in Bath, SC. They were happily married for 52 years and had two children together, Jimmy and Jeffery. Jim was an avid golfer who accumulated six Hole-in-Ones and one Albatross during his time playing the game. He loved 50’s music, western movies, and known for his witty sense of humor. Jim is survived by his wife Nancy Willis; daughter Rhonda Binger and husband Ron; son Jimmy Willis and wife Lisa; son Jeffery Willis; brother Randy Willis and wife Chandra; brother Carroll Willis and wife Gina; sister Judy Hill; granddaughter Gabby Willis: grandson Ryan Willis: granddaughter Anna Willis; granddaughter Megan Knighten; two great grandsons Skyler and Gavyne Duckworth and numerous other nieces, nephews, family, and friends. He is preceded by his father James H. Willis; mother Alva Tootle Willis; and brother David Willis. Family, friends, and others are invited to a memorial service held at Thomas Poteet & Son Funeral Home, 214 Davis Road, Augusta, Ga. 30907 at 2:00pm on June 1st, 2022. The family will be greeting friends and relatives during a visitation period starting at 1:00pm.

The family of James R. Willis created this Life Tributes page to make it easy to share your memories.

Send flowers to the Willis family.