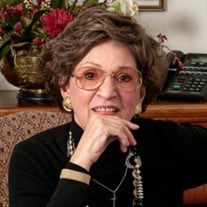 Jennie D. Noah died on the Wednesday following the first Sunday after Epiphany on January 12, 2022, at her home. Jennie, age 78, wife of Dr. Christopher Noah had fought the good fight against cancer for more than 20 years. Jennie was born in Shelby, North Carolina to parents Edward Ernest Post and Margaret Thompson Post. She was baptized at Central United Methodist Church on April 11, 1954. St. and Thomas Aquinas Church in Washington, DC on June 17, 1960, was where she was confirmed in her faith. Jennie married Chris Noah on June 24, 1978, at Northern Lights United Methodist Church in Juneau, Alaska. While living in Atlanta, Georgia, the family became members of Grace Lutheran Church prior to moving to Augusta. She had a wonderful perspective on life which came from growing up all over the world, most notably in Zimbabwe, Egypt and India. Jennie was a remarkable woman, although she would humbly deny it. While in Alaska she worked for the Alaska Legislature and started Design Gallery, an interior design firm. Later in life she began a second career in what was then considered a predominately male professionas a certified financial planner establishing her own practice, The Monitor Group here in Augusta, Georgia. She was a member of Our Redeemer Lutheran Church since April 7, 1991. She served in roles in Stewardship, Christian Education and was pivotal in the planning and purchase of the Church stained glass windows. As an avid Christian, she studied and led many Bible studies over the years and was a member of the Ladies AM Bible Study (LAMBS). Family members in addition to her husband include her children: Ajit Singh Dugal, Premjit Singh Dugal, Inderjit Singh Dugal, Jeffrey Brooks Noah (deceased) and Christopher Noah, Jr.; eight grandsons; and sisters: Elizabeth Nowicki and Shirley Cox. The funeral service will be held Thursday, January 20, 2022, at 1:00 P.M. at Our Redeemer Lutheran Church with Pastor Roger Schwartz officiating. Interment will be private. As was her custom, Jennie would not want to be the center of attention and requests that no flowers be sent, rather memorial donations be made to the Church Worker Scholarship fund at Our Redeemer Lutheran Church. Thomas Poteet & Son Funeral Directors, 214 Davis Rd., Augusta, GA 30907 (706) 364-8484. Please sign the guestbook at www.thomaspoteet.com

Jennie D. Noah died on the Wednesday following the first Sunday after Epiphany on January 12, 2022, at her home. Jennie, age 78, wife of Dr. Christopher Noah had fought the good fight against cancer for more than 20 years. Jennie was born in... View Obituary & Service Information

The family of Jennifer D. Noah created this Life Tributes page to make it easy to share your memories.

Send flowers to the Noah family.