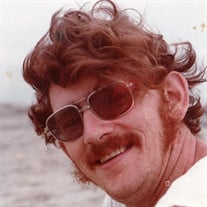 Augusta, Ga - Mr. James Robert Weare, Sr., 77, entered into rest March 26, 2022. A memorial service will be held Saturday, April 2, 2022 at 2:00 PM in the chapel of Thomas Poteet & Son with Dr. Don Prosser officiating. The family will receive friends one hour prior to the service. Jim was born in Chester, Pennsylvania. After growing up in Media, PA he served in the U.S. Army in Vietnam. His service in the Army brought him to Fort Gordon, GA. He would go on to spend the rest of his life living in Martinez, GA, devoted to his family. He worked as an employee of IBM for over 30 years. His 6’5” frame and larger than life personality earned him the name “Big Jim.” He brought that personality to everything he did. He enjoyed dancing, coaching, and any opportunity to share his energy with those he cared about. His lifelong passion for photography served him well as he spent much of his life capturing and encouraging the many interests of his children and family. He is survived by his wife, Cynthia Lowe Weare, and his children: James Weare, Jr., Alana Anderson (Chris), Trey Quattlebaum (Mary Katherine), Meredith Weare; eleven grandchildren; and siblings: Debbie Campbell, John Weare (Franny) and Joseph Weare (Doreen). He was preceded in death by his parents John and Anna Weare and sister Barbara Ciliberto. Memorial contributions may be made to Georgia War Veterans Nursing Home, 1101 15th St, Augusta, GA 30901. Thomas Poteet & Son Funeral Directors, 214 Davis Rd., Augusta, GA 30907 (706) 364-8484. Please sign the guestbook at www.thomaspoteet.com

The family of Jim Weare created this Life Tributes page to make it easy to share your memories.

Send flowers to the Weare family.