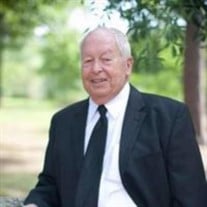 King Little Floyd King Little, 84, of Lincolnton, Georgia, entered the presence of his Lord on December 31, 2020, at University Hospital in Augusta Georgia. King is survived by his beloved wife of 58 years, Charlotte (Wilson) Little; his son Rusty and spouse, Rhonda, and grandson Tradd, of Greenville, South Carolina; his son Kevin and spouse, Lee, and granddaughters Reese and Carys, of North Augusta, South Carolina; and his son Gary and spouse, Madonna, and grandson Andrew, of Evans, Georgia. King was born on April 24, 1936 in Atlanta, Georgia, to Clyde Howard Little and Mabel Clara King Little. They had six sons. As the scrappy youngest of the six boys growing up in South Atlanta, King cultivated his first love and an unrelenting life-long passion: fishing. King always loved to be on the water. After graduating Brown High School in Atlanta in 1954, King served two years of active duty in the United States Army. While in the Army, King played fast-pitch soft ball at a semi-professional level. An unlikely accident altered his course in life. As left fielder, racing to catch a fly ball that would drop between his position in the outfield and the short stop’s position, he collided at full speed with the shortstop, who was equally committed to catching that fly ball. The collision was severe. King’s neck was broken, and he thereafter spent many months lying flat on his back, recovering from his injuries. While incapacitated, motionless on his back, King made a deal: he promised that if God would let him recover, he would obtain an education, marry and raise a family in the manner that he felt was God’s calling for him. Following a months-long recovery, King steadfastly pursued that calling with unwavering commitment. He was educated at Bob Jones University, a private Christian college, where he studied accounting, graduating in 1962. During his college years, King cultivated another love, one that would ultimately displace fishing as his real first love. King and Charlotte married on June 15, 1962. Together, they raised three sons, living in Valdosta, Waycross, Albany and Augusta, Georgia, and successfully made a world they had dreamed of. King worked as a Revenue Officer for the Internal Revenue Service for 34 years, then retired from federal service. In “retirement,” King utilized expertise developed during his career with the IRS in his business as an Enrolled Agent, licensed to practice before the IRS, representing individuals with tax-related problems. Above all, King loved Charlotte, his family and friends. His four grandchildren were his delight. King carried gold, one-dollar coins to randomly hand out to children at church and wherever else, just so he could see them smile. He possessed a keen, dry wit, and shared his jokes, some of which were fairly amusing, without cracking a smile. His family will miss his loving heart, infectious laugh when he got tickled, and uncanny ability to find a solution for, it seemed, any problem. King proudly wore his strong faith in God on his sleeve, wanting everyone to know the same joy and peace he felt as a result of his faith in God. A service in celebration of King’s life will be held at 3 p.m., Monday, January 4, 2021, at Thomas Poteet & Son. The family will receive friends from 3:00 P.M. until the time of the service. The family asks that CDC guidelines be followed but understand that many won’t be able to attend due to the pandemic; feel free to leave a note on the website at Thomaspoteet.com. Interment with military honors will follow the service in the Abilene Baptist Church Cemetery. Memorial may be made to Bob Jones University, 1700 Wade Hampton Blvd, Greenville, SC 29614. Thomas Poteet & Son Funeral Directors, 214 Davis Rd., Augusta, GA 30907 (706) 364-8484. Please sign the guestbook at www.thomaspoteet.com

King Little Floyd King Little, 84, of Lincolnton, Georgia, entered the presence of his Lord on December 31, 2020, at University Hospital in Augusta Georgia. King is survived by his beloved wife of 58 years, Charlotte (Wilson) Little; his son... View Obituary & Service Information

The family of King Little created this Life Tributes page to make it easy to share your memories.

Send flowers to the Little family.