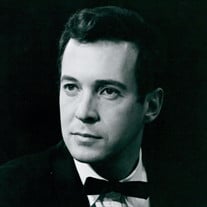 Augusta, GA – The family of Louis J. Fox, III announce his passing away, Wednesday, January 19, 2022. Louis spent many years as an actor in the theatre and appeared in films and on television. He was seen in Atlanta in such productions as “ The Glass Menagerie”, “The Boy Friend”, “Camelot”, “Harvey”, “The Diary of Anne Frank”, “Rhinoceros”, “A Man For All Seasons”, and “Everything in the Garden”. Among his roles in film, he played Clint Eastwood’s doctor in “ Trouble With The Curve”. He was a Wits’ End Player for ten years touring the country in a Delta Air Lines Show, performing in dinner theatres and on the S/S/ Emerald Seas. His face was familiar in many national tv commercials, print ads and his voice was heard on numerous radio spots. His film work included “Fear Strikes Out”, “The Young Strangers”, and NBC’s “Judge Horton and the Scottsboro Boys”. Louis also worked in retail for Rich’s and Federated Department Stores for 27 years, retiring in 2003. Louis was born in Richmond, VA to Byrdienette Manley and Louis J. Fox, Jr. The family moved to Atlanta when he was two years old. He attended Highland Elementary and Northside High Schools, and he graduated from the University of Georgia with an A.B. Degree in English. Surviving family members are his sister: Peggy Fox Goldberg of Atlanta; niece: Cathy Fishman of Augusta; nephew: Joel Goldberg, Jr. of Athens: great nieces and nephews, and cousins in Richmond, VA, Birmingham AL and Tampa, FL. A private graveside service will be held at Westview Cemetery in Atlanta, GA with a memorial service to be announced at a later date. In lieu of flowers, the family request donations in his memory be made to the Atlanta Humane Society, 981 Howell Mill Road, NW, Atlanta, GA 30318. The family would like to thank Priscilla Davis, all the caretakers and Trinity Hospice for their wonderful end of life love and care. Thomas Poteet & Son Funeral Directors, 214 Davis Rd., Augusta, GA 30907 (706) 364-8484. Please sign the guestbook at www.thomaspoteet.com

Augusta, GA &#8211; The family of Louis J. Fox, III announce his passing away, Wednesday, January 19, 2022. Louis spent many years as an actor in the theatre and appeared in films and on television. He was seen in Atlanta in such productions... View Obituary & Service Information

The family of Louis Fox created this Life Tributes page to make it easy to share your memories.

Send flowers to the Fox family.