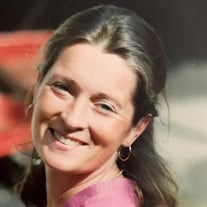 Maxime Stubbs Warlick Augusta, GA – On January 17, 2021 Maxime Stubbs Warlick passed away peacefully at her home surrounded by her loving family. Her vivacious and fiery spirit will be truly missed by all who knew her. Maxime was born on December 10, 1941 in Waycross, Georgia to Marjorie Fryer Stubbs and Joseph Bartow Stubbs. She attended Waycross High School and graduated from Agnes Scott College in 1963. Maxime married the love of her life, William Byrd Warlick, in 1965. They moved to Augusta, Georgia where he began a law practice and she started her teaching career. She taught for over twenty years at William Robinson Elementary School, Claire Jenkins Elementary School and the Episcopal Day School. Still to this day, countless students recall the special affection they had for her. She continued caring for others by implementing the senior program at Church of the Good Shepherd where she was a member. She was also a long standing member of the church’s alter guild. Other organizations to which she belonged include the Daughters of the American Revolution and the Colonial Dames Society of America. She was an active member in several garden clubs, bridge clubs, the Heritage Club Society and the Augusta Symphony. Maxime was always the life of the party — her striking beauty and charming nature left an indelible impression on everyone she met. She maintained lasting friendships with women from her youth in Waycross, and from her many years in Augusta. In later years she enjoyed gardening and spending time with Byrd in Cashiers, North Carolina. She is survived by her two sons, daughters in law, and six grandchildren: Dr. William Byrd Warlick, Junior (Cristina), Charlotte North Carolina, Isabela, William, Luisa, Thomas; Joseph Faulkner Warlick (Whitney), Augusta, Georgia, Hayes and Carter. She was preceded by her parents, her two brothers Joseph Bartow Stubbs, Junior and William Fryer Stubbs and her husband William Byrd Warlick. A graveside service will be held at Summerville Cemetery for the immediate family on January 30, 2021. Memorial contributions can be made to Juvenile Diabetes Research Foundation 3525 Piedmont Road NE, Building 6, Suite 300, Atlanta, Georgia 30305; or to the Church of the Good Shepherd, 2230 Walton Way, Augusta, GA 30904. Thomas Poteet & Son Funeral Directors, 214 Davis Rd., Augusta, GA 30907 (706) 364-8484. Please sign the guestbook at www.thomaspoteet.com

Maxime Stubbs Warlick Augusta, GA &#8211; On January 17, 2021 Maxime Stubbs Warlick passed away peacefully at her home surrounded by her loving family. Her vivacious and fiery spirit will be truly missed by all who knew her. Maxime was born... View Obituary & Service Information

The family of Maxime Stubbs Warlick created this Life Tributes page to make it easy to share your memories.

Send flowers to the Warlick family.