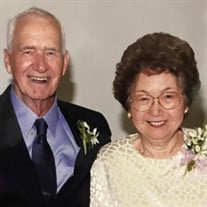 Worley Pierson and Peggy Pierson Mrs. Peggy Kakinuma Pierson, 102, wife of 68 years to her close companion, the late Worley E Pierson Sr., entered into rest to be with her Savior and Lord on December 20, 2021. Born July 12, 1919, she fought the good fight to almost reach her 103rd birthday. She truly was an angel on earth, remembered for living a life of integrity and now is an angel in heaven. Her best attributes were her positive, peaceful nature and her ever-present smile. She was born to the prominent Kakinuma family in Yokohama, Japan. Her father was a longtime city councilman and her three brothers were professional executives to corporations such as Motorola and Nippon Steel. Mrs. Pierson attended a private Catholic school where she made many friends with whom she stayed in close relationships throughout their entire lives. She was a woman of many talents. Most visitors to her home will remember her skills as a cook, however she truly was an artist at heart. She designed original outfits that were runway appropriate, she completed many oil paintings and her favorite hobby was sculpting. Her family was recognized by both the USA and Japan as being instrumental in progressing international friendship and harmony between the two countries. Some of her art pieces were used at these progressive meetings to share the art ability of Japan’s youth. In the 1990s she served on occasion as an interpreter for Mayor Charles A. DeVaney and officials of the Augusta National when delegates from Augusta’s sister city, Takarazuka, Japan, visited the city. In 2020, current Mayor Hardie Davis Jr. presented a “Key to the City” honoring her and four other centenarians at St. John Towers. Mrs. Pierson met her husband at the 155th Station Military Hospital where she was employed as a dietician secretary in 1948. Her main focus after accepting marriage was to be a supportive military family wife, mother and a stellar citizen. She studied hard and achieved her U.S. citizenship early in her married life. Mrs. Pierson is predeceased by her husband, Worley Pierson Sr. and her beloved son, Worley Pierson Jr. Survivors include her daughter Margaret Alligood (Larry), grandchildren, Trip (Kelli) Pierson and Chris (Alison) Pierson; great-grandchildren Haley, Drew (Wesley), Jamie (Emily) and great-great grandson, Lennon. The family would like to thank the many caregivers who made the last season of her life special. St. John Tower long time employees Lavette, Uganda, Syneeta, Marilyn and Wanda were attentive caregiving providers and earth angels of different capacities. Each let her know how much she personally meant to them for many years. For their special care the family is appreciative. Special thanks also goes to the entire caring staff of St. John Towers assisted living, Lake Crossing Health Center and Promedica/Heartland Hospice. All were very helpful and giving during her final months. One of Mrs. Pierson’s last wishes was to make sure this memorial included a thank you to her son-in-law, Larry Alligood, for all he had done for her and Worley as they declined in health. He was there at all times to meet their every need and they were grateful. At the Pierson’s request – a joint memorial and life celebration for both Worley Sr. and Peggy will be held on Jan. 14, 2022, at Thomas Poteet & Son Funeral Directors, 214 Davis Rd., Augusta, GA 30907. Family will receive guests at 10 a.m. and a joint memorial will begin at 11 a.m. Mr. Pierson will receive Military Funeral Honors at the 11 a.m. joint memorial. Family members will have a private Masonic Rites ceremony at graveside at a later time. Mr. Pierson was a proud lifetime member of the Martinez Masonic Lodge #710. In lieu of flowers Mr. and Mrs. Pierson asked that donations be made to St. John Towers (Wesley Woods 724 Greene Street Augusta, Georgia) or an animal shelter of your choice. The couple were animal lovers and always had a special adopted cat or dog as part of their loving family. Condolences can be offered at the online guestbook of Thomas Poteet & Son Funeral Directors, 214 Davis Rd, Augusta, GA 30907 (706) 364-8484. (www.thomaspoteet.com).

Worley Pierson and Peggy Pierson Mrs. Peggy Kakinuma Pierson, 102, wife of 68 years to her close companion, the late Worley E Pierson Sr., entered into rest to be with her Savior and Lord on December 20, 2021. Born July 12, 1919, she fought... View Obituary & Service Information

The family of Peggy & Worley Pierson created this Life Tributes page to make it easy to share your memories.

Send flowers to the Pierson family.