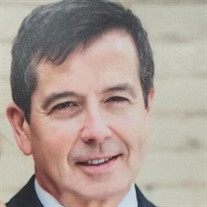 R. Steven Wilkerson Evans, GA – Randy Steven Wilkerson, 65, of Evans, GA peacefully passed away on July 28, 2021. He was born and raised in Little Rock, Arkansas. Steve lived in numerous cities throughout his career including Little Rock, AR; Dallas, TX; Atlanta, GA; New York, Daniel Island, SC, Arlington, VA and Franklin, TN. Steve believed in our Lord Jesus Christ and was a member of several churches including Seacoast Church in SC, Northpoint Church is Atlanta and Crosspoint Church in TN. He was transparent in his faith and commonly shared stories of God’s blessings upon him and his family. Steve would surprise colleagues by asking if they “believed in Jesus?” He often asked this question when his co-workers were struggling with professional or personal issues. He was an unexpected disciple in a competitive and powerful corporate world. Steve was a self-made man. He grew up in a middle-class home and told stories of family farms and small real estate ventures. As a young adult Steve quickly realized that he wanted a job where he “showered before and not after work” thus he majored in accounting at Hendrix College in Conway, AR. Hendrix was instrumental in his life. He made many lifelong friends and his Hendrix education led him to ultimately obtain a law degree from the University of Arkansas in 1982. Steve worked for the tax division of PricewaterhouseCoopers (PWC) for 27 years. Before PWC, he worked for the State of Arkansas and as a plaintiff attorney. His fellow PWC co-workers knew him as an unwavering powerhouse—always looking for success, always expecting the best from colleagues. Steve was known for giving sound advice to young Partners in the firm. His co-workers fondly remember advice about meetings; “when you achieve what you want in a meeting, get out quick”. Steve’s most famous line (which he said with his signature dimpled smirk) was, “Teamwork is everybody working together to do what I want to do”. Steve loved working for the Firm but was always quick to tell people, “The Firm is a thing and not a person—it won’t love you back”. Steve also had a love of music, fast cars, motorcycles, red wine, and history. Later in life he realized that all his love affairs had been with things and not people and he longed for a family. In 2013, he married Melinda, his wife of 7 years. Steve and Melinda were similar in their natures. They were both warriors for “their” people and thus always wanted the other to be happy. They were great partners and accomplished a lifetime of things in their 7 short years of marriage. The greatest of these accomplishments were their precious children--William, Samuel and June. Steve’s love for his wife, and his three children quickly took center stage in Steve’s life. He saved the best of himself as his role as “Daddy”. Steve stopped working shortly before the boys were born and was a constant in his children’s lives. Always at home, changing diapers, feeding, playing, helping. Steve’s loss will be felt the greatest at home. Steve is preceded in death by his parents, Dean and June, and his younger brother, Russell. He is survived by his wife, Melinda; his children, William Frazier, Samuel Bishop and Rebecca June; his sister Susan Daniel (Mark) of Benton, AR, and 5 nieces and nephews. The funeral service will be held Saturday, July 31, 2021 at 11:00 A.M. in the chapel of Thomas Poteet & Son with Rev. Bobby Smith and Chaplain Race Lariscy officiating. He will be laid to rest in Westover Memorial Park. The family will receive friends Saturday prior to the service from 10:00 until 11:00 A.M. at Thomas Poteet & Son Funeral Directors, 214 Davis Rd., Augusta, GA 30907 (706) 364-8484. Please sign the guestbook at www.thomaspoteet.com

The family of R. Steven Wilkerson created this Life Tributes page to make it easy to share your memories.

Send flowers to the Wilkerson family.