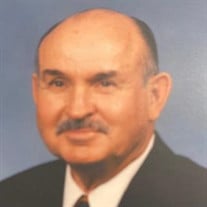 Robert Riley Augusta, GA – Entered into rest on Sunday, January 24, 2021, Mr. Robert Steadman Riley, 86, loving husband of the late Maxine Arla Jahn Riley, son of the late O’Dell Lee Riley and late Mary Ann Steadman Riley of Aiken, SC. Robert and Maxine shared 39 loving years of marriage and were members of the Church of the Good Shepherd. Robert is a lifelong resident of Augusta and a graduate of Richmond Academy. In 1956 he was a Civil Engineer Graduate of The Georgia Institute of Technology where he was a member of the Delta Tau Delta fraternity. While in high school he was active in both football and tennis while also a member of the ROTC leading him to serve in the United States Army Corps of Engineers. In the Army Reserves, he taught explosives and bridge building. In 1982, he retired as president of Claussen Paving Company which had been purchased by Southern Aggregates. Robert enjoyed playing golf and tennis with his friends at Augusta Country Club and Highlands Cove Golf Club while also competing in tournaments nationally. He always had a smile, a joke, a warm handshake, and was a kind person who never knew a stranger. As an avid outdoorsman he loved to fish and hunt. In retirement, he spent a lot of time with his family and took trips around the globe with his many friends who remember him as a very funny storyteller. He is survived by his four daughters, 12 grandchildren and 6 great grandchildren who lovingly called him Pop Pop. Family members include his daughters: Elizabeth Hall (Steve), Christia Ashmore (Jerry), Melanie Sanders and Pamela Slawson (Scott); grandchildren: Charles Hall (Jackie), Catherine Saunders (Boyd), Jerry Ashmore III (Rebecca), Alicia Ashmore, Claire Ashmore, Bryson Ashmore, Evan Ashmore, Victoria Ashmore, Audrey Engelhaupt, Ava DeFrances, Sarah Slawson, and Emily Slawson; and the 6 great grandchildren. A graveside service will be held Saturday, January 30, 2021 at 2:00 P.M. in Westover Memorial Park with Rev. Mark Riley officiating. The family will receive friends Friday evening from 5:00 until 7:00 P.M. at the funeral home. Memorial contributions may be made to the Leukemia and Lymphoma Society: P.O. Box 735317, Dallas, TX 75373-5317 or to the EDS of Augusta: 2248 Walton Way, Augusta, Ga 30904. Thomas Poteet & Son Funeral Directors, 214 Davis Rd., Augusta, GA 30907 (706) 364-8484. Please sign the guestbook at www.thomaspoteet.com

The family of Robert Riley created this Life Tributes page to make it easy to share your memories.

Send flowers to the Riley family.