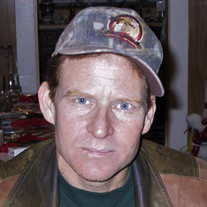 Scott’s life began on September 7, 1961, in Wichita Kansas to Jerry and Barbara (Geer) Scheuerman. He lived most of his life in Kansas and Georgia. In his younger years Scott loved playing sports especially football and baseball, which he continued well into adulthood. Scott played on many coed softball teams and had quite the arm. He also began the love of golf playing with friends on the weekends. Scott also enjoyed the outdoors. He loved hunting and fishing especially with his brother, sons and nephew which often led to long conversations at family cookouts to who actually caught “the big one”. He will always be fondly remembered and loved as a wonderful father, son, brother, uncle and friend. Scott was blessed to share many great memories with his family and friends around the pool, having cookouts, fish fries and other family gatherings. Scott passed away on December 10, 2021, at his home. He leaves behind two sons Christopher (Darlene) Scheuerman of Augusta, Ga, Tony Scheuerman of Augusta Ga, Mother Barbara Siemer of El Dorado Ks, Sisters Tina (Jay) Pondy of Appling, Ga, Teresa Fowler of Augusta, Ks, Four Grandchildren Hunter, Carson, Alawna and Caroline. Scott is preceded in death by his Son Micheal Scheuerman, father Jerry Dale Scheuerman, sister Toni (Scheuerman) Pafford, brother Terry Scheuerman, grandparents Ray and Mildred Geer. Scott's family and friends will gather for a memorial service at Thomas Poteet and Son Funeral Directors on Saturday, December 18, 2021, at 2:00PM. The family will receive friends from 1:00 until 2:00PM. Flowers and plants may be sent to Thomas Poteet and Son Funeral Directors, 214 Davis Rd., Augusta, Ga 30907. Memorial contributions can be made out to Kiokee Baptist Church for the benevolence fund to help others in need.

Scott&#8217;s life began on September 7, 1961, in Wichita Kansas to Jerry and Barbara (Geer) Scheuerman. He lived most of his life in Kansas and Georgia. In his younger years Scott loved playing sports especially football and baseball, which... View Obituary & Service Information

The family of Scott Scheuerman created this Life Tributes page to make it easy to share your memories.

Send flowers to the Scheuerman family.