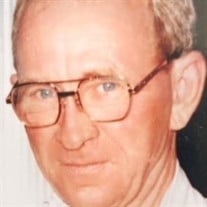 Willard Franklin McIntyre Augusta, GA – Willard Franklin McIntyre, 83 entered into rest October 23, 2021 at Augusta University Medical Center, Husband of the late Ingrid McIntyre “Mac” as he was known by friends and family was born on December 15, 1937 in Gulley Bridge, West Virginia to the late Leslie Ray McIntyre and Pearl Johnson McIntyre. He served 22 years in the United States Army and served during the Vietnam Era. He started a second career with Civil Service at Fort Gordon and retired after 22 years on his 70th birthday. Mac’s first tour of duty took him to Amberg, Germany where he met the love of his life, Ingrid Schwarzenlander, a beautiful and feisty 5’2’’ German girl. The dashing service man was not leaving Germany without her hand in marriage. Over the next 52 years, Mac and Ingrid were inseparable. Together, they shopped for groceries, cleaned house, cooked and worked in the yard. Their favorite past time was going for long afternoon car rides and playing Bingo at Fort Gordon, where he was referred to as “Cool Hand Luke” by many of the workers and patrons because of his Paul Newman good looks and his “swagger walk”. When Ingrid passed away, he and his daughter Diana grew closer than ever and became best friends. He was a quiet and simple man that never complained about anything. He was a hard worker, a devoted family man and a huge animal lover. He visited Ingrid every day at the cemetery after her passing and he spent hundreds of dollars per month feeding stray cats that showed up on his back porch. He is survived by his daughter, Diana Christine Edwards (Bob); brothers Ray McIntyre and Richard McIntyre (Sue); nieces and nephews and extended family in Germany. He is predeceased by younger brother Jimmy McIntyre. A graveside service will be held on Tuesday, October 26, 2021 at 11:00 a.m. at Westover Memorial Park. Thomas Poteet & Son Funeral Directors, 214 Davis Rd., Augusta, GA 30907 (706) 364-8484. Please sign the guestbook at www.thomaspoteet.com

The family of Willard Franklin McIntyre created this Life Tributes page to make it easy to share your memories.

Send flowers to the McIntyre family.