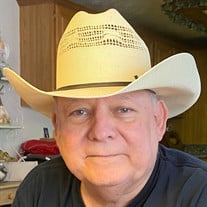 Clarks Hill, SC – Entered into rest on Thursday, May 19, 2022, Mr. William Joseph Morgan, II, 74, loving husband of 52 years to Mrs. Mary Zeller Morgan. Family members in addition to his wife include his children: Lori Young and Billy Morgan (Eva); grandchildren: Mahala Young, Bowden Young, Lucas Morgan and Lydia Morgan; brothers: Dan Morgan (Joann) and Jim Morgan and sisters: Deb Barron and Lisa Pomerinke (Ronnie). William was preceded in death by his parents: William and Betty Morgan; daughter: Jo Anne Morgan and grandson: Ethan Barnard. He also had numerous nieces, nephews, and cousins, and an abundance of friends whom he loved dearly. Known as Billy Joe or BJ to his family and friends, he was born January 4, 1948 in St. Louis, MO. Coming from a family of rich military service, it isn’t surprising that BJ enlisted in the United States Air Force immediately after graduating from high school to support the war in Southeast Asia. He served 8 years as a Loadmaster, flying countless missions into Vietnam, earning numerous ribbons and awards, including a Meritorious Service Medal and Distinguished Flying Cross. He followed active-duty service in the US Air Force with service in the Air Guard and Army National Guard, retiring with 20 years total service. He was proud of his service, but humble, and rarely spoke of his experiences. He was so very proud of his son and grandson’s service in the Army National Guard and US Coast Guard, respectively. In addition to his military career, he spent many years as a police officer for the city of Edgefield, SC, and police officer and firefighter for North Augusta Public Safety. He retired from the Savannah River Site after twenty years, steadily progressing throughout his successful career. BJ was fiercely protective of his family, and was a loving and loyal husband, father, grandfather, uncle, brother, and friend to many. He never met a stranger, and genuinely enjoyed the company of others. His youthful disposition and sense of humor endeared himself to everyone who crossed his path. He was larger than life, and went all-in in everything he did and any pursuits his children expressed an interest in. He was playful and adventurous and had so many hobbies, including auto racing (even participating in auto cross in his youth), motorcycle riding, soccer, camping, classic automobile restoration, sailing, cowboy action shooting, car and military model construction, astronomy, model railroads, “torturing” his grandchildren, and so many more! He had a passion for reading both fiction and non-fiction, from WWII to Vietnam, Westerns and historical fiction, Celtic history and presidential biographies, and anything supporting his hobbies. He often had a stack of books and magazines that he was consuming simultaneously. His Catholic Faith and love of the Holy Trinity was paramount to BJ, and he always endeavored to live his life according to Christ’s teachings. He instilled this faith and morality in his children, leading by example and always holding them to the highest of standards. Anyone who witnessed him in the presence of his beloved wife immediately sensed the love and admiration he felt for her. They were eternal soulmates. He was truly a great man and excellent role model. He will be deeply missed and forever remembered, but his family is confident he is resting in the arms of Jesus. The family would like to thank the nurses and doctors at Piedmont Hospital ICU for their loving care in his final days. The funeral Mass will be held Friday, May 27, 2022 at 11:00 A.M. at St. Teresa of Avila Catholic Church with Fr. Michael Ingram as celebrant. Interment will follow at 1:00 P.M. at Eastview Cemetery, 24 Eastview Road, Edgefield, SC 29824. Memorial contributions may be made to the Tunnel to Towers Foundation or St. Teresa of Avila Catholic Church, 4921 Columbia Rd, Grovetown, GA 30813. A short vigil will be held on Thursday, May 26, 2022 at 5:00 P.M. followed by visitation until 7:00 P.M. at Thomas Poteet & Son Funeral Directors, 214 Davis Rd., Augusta, GA 30907 (706) 364-8484. Please sign the guestbook at www.thomaspoteet.com

The family of William Joseph Morgan II created this Life Tributes page to make it easy to share your memories.

Send flowers to the Morgan family.