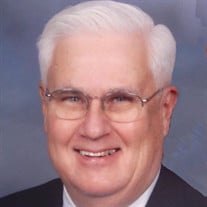 Martinez, GA- Major (Retired) William M. Tilt, 80, loving husband to Jean Tilt for more than 50 years entered eternal rest July 24, 2021 after a courageous battle with pancreatic cancer. In addition to his wife, Bill is survived by son Michael, his wife Lisa and their children, Kaitlin and Alexis; son Douglas, his wife Rhonda and their children, Elizabeth and Patrick; and daughter Laura, her husband Mark Gilliam and his son, Nicholas (Rose). Bill was born in Brooklyn, New York on August 22, 1940 to Charles and Margaret Tilt. He grew up a loyal Brooklyn Dodger baseball fan and always had a place in his heart for New York City. He earned a Bachelor of Science degree in Economics from Saint Peter’s University in New Jersey and a Master’s in Business Administration from the University of South Dakota. He was commissioned into the U.S. Army after completing the ROTC program at Saint Peter’s University. He proudly served as an Armor Officer for 22 years in various tank units and staff assignments which included a combat tour in Vietnam and two tours in Germany during the cold war. He received many military awards and decorations including the Bronze Star Medal and the Vietnamese Cross of Gallantry with Palm. After retiring from the Army, Bill made Augusta his home and had another 20-year career in education at Aiken Technical College where he started as an instructor and retired as an Associate Vice-President. He was a lifelong Catholic and a member of St. Teresa of Avila Catholic Church since 1980. For nine seasons he was head coach of the ‘74 Augusta Arsenal Youth Soccer team. They competed in the Georgia State League and won two State Championships. One of his true passions was volunteering for the Veterans History Project of the U.S. Library of Congress. He interviewed and recorded the stories of more than 300 WWII and Korean War veterans as a member of the Augusta-Richmond County Historical Society. In his younger days, he was an avid traveler and photographer who visited all 50 states and 27 countries on four continents. Bill recently told his family that although he’s had several titles including Major, Coach, Professor and Associate VP, his favorites by far were that of Husband, Dad and Pop-Pop. He leaves behind a family rich in fond memories and many stories that will serve as his legacy for generations to come. A Funeral Mass will be held at St. Teresa of Avila Catholic Church in Grovetown on Monday, August 2, 2021 at 11:00 a.m. with Fr. Theodore Agba as celebrant. The family will receive friends one hour prior to the service at the church. Burial with military honors will follow in Westover Memorial Park. In lieu of flowers, donations may be made to the St. Teresa of Avila Catholic Church, 4921 Columbia Road, Grovetown, GA 30813 or the USO, PO Box 96860, Washington, DC 20090. Thomas Poteet & Son Funeral Directors, 214 Davis Rd., Augusta, GA 30907 (706) 364-8484.

The family of William M. Tilt created this Life Tributes page to make it easy to share your memories.

Send flowers to the Tilt family.